Full text searches may be done on patents that issued since 1976 and on applications published since 2001. Patents issued between 1790 and 1975 may only be accessed using the patent number and the current U.S. patent classification, but the full-page images of these patents are available.

Databases: Issued patents and published applications are held in separate databases and must be searched separately.

Classification: Search by Current U.S. Classification Class/Subclass (you can access older issued patents). You can find the Class and Subclass by finding a similar relevant patent reference or by using the U.S. Manual of Classification (http://www.uspto.gov/web/patents/classification/).

Further Searching: For particularly relevant references, search for other patents/publications by the same inventor, assigned to the same assignee, or having the same title. You can also check the continuity data of issued patents at portal.uspto.gov/external/portal/pair.

Patentability v. Infringement: Remember that there is a distinction between patentability (at least one patent or non-patent reference has all of the elements of the invention you hope to patent) and infringement (your product or process has all the elements of at least one independent claim of an enforceable issued patent). As a simplistic rule of thumb, a patent is not enforceable if it is more than 20 years old, if maintenance fees have not been paid (check the status at portal.uspto.gov/external/portal/pair), if there has been inequitable conduct in obtaining the patent, and/or if there is prior art that would invalidate the patent.

Q: What is a provisional patent application?

Q: Why should I file a provisional patent application?

Provisionals can be an attractive option if filed before the first public use or offer to sell because:

Cost: Because a provisional has fewer formalities than a nonprovisional application, it costs less to prepare.

Patent Pending: The filing of a provisional allows the applicant to mark his goods as "patent pending."

Time: Filing a provisional allows an applicant to take a year to attempt to assess the invention’s commercial potential, market, and/or to develop his product without significant legal expenditures.

Research: During the one year delay, additional information may be found. For example, if a provisional is filed and before the traditional application is filed, during the interim period a search may be conducted in which additional references (e.g. patents, published applications, and other literature) may be found because they were published or otherwise became accessible during the interim period.

Proof of Conception and Reduction to Practice: A provisional is excellent legal proof that an invention has been conceived by its filing date and can constitute reduction to practice. Multiple provisionals may be filed as an idea is developed.

Provisionals should be used with caution because:

Cost: The cost of preparation of a provisional is generally not recoupable.

Delay: Provisionals are not examined on their merits. The time between the filing of the provisional and the traditional applications will generally delay the issuance of the patent.

Prior Disclosures: As mentioned, any information not specifically set forth in the provisional will not receive the benefit of the provisional’s filing date. If there is a first public use or offer to sell that is prior to the provisional’s filing date and the omitted information proves significant (e.g. it is the distinguishing feature), the applicant will not be able to recapture the omitted information. This may result in a patent of narrower scope (the broader the scope of the patent claims, the more valuable the patent protection) or no patent at all.

Every inventor should keep good records of concepts, test results, and other information related to the invention process. The following list details what should be included in these records, how to maintain them, and why they are important.

The Notebook: Inventor notebooks should be bound and, preferably, pre-paginated. (A black and white composition notebook is one option.) The probative value is not nearly as great if a loose-leaf notebook is used in which pages are easily inserted or removed. It is also important to line through any blank portion of pages of the bound notebook.

Reason: Information in a bound notebook is useful proof of when an invention was conceived, who are the actual inventors, and whether the inventors were diligent in reducing the invention to practice.

Inventor Information: All persons involved in the work, and their specific role, should be identified in the notebook entries.

Reason: Unless participants are identified, it is often difficult to establish, long after the fact, those involved in particular activities. This type of information is also necessary to identify those who will be named in the patent application.

Notebook Entries: The value of a notebook entry is directly proportional to: (i) the specificity of the entry, (ii) the care taken to date and sign each entry, and (iii) whether each entry was read, signed, and dated by a witness. Every entry should be signed, dated, and labeled to indicate the particular project with which the entry is associated, and, if possible, signed and dated by a witness. It is often advantageous to include a header on each notebook entry that includes the Date, Project No., Subject or Title, Signature, and Witness(es).

Reason: A good notebook entry can be helpful in proving that an invention is not obvious and was developed independently, without copying a competitor’s product or patent.

All computations, sketches, diagrams, test results, etc., should be contemporaneously entered into the notebook. Notebook entries should describe all testing performed (not just some of the testing), the particular type of equipment used, and the results of the testing, both good and bad. Errors should not be erased or removed. Instead, errors should be crossed out, signed, dated, and a notation made as to why the entry was incorrect.

Loose Evidence: It is important that all loose papers, such as drawings, test results, photographs of models, etc., be signed and dated, cross-referenced to a particular notebook entry, and preferably, mounted (taped or stapled) in the body of the appropriate notebook entry. Similarly, physical embodiments used to carry out various tests, such as samples, models, prototypes and the like, should be carefully labeled with a date, cross-referenced to notebook entries, and retained. 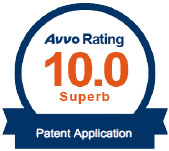